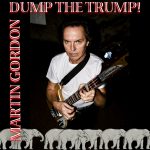 Tidal Wave of Demonic Bullshit Heading Towards the Country of Yurp from the North and the West!

This much is clear! It’s all about the temperament. My temperament is better than yours is. All the stars do this. All other music is horribly flawed. Horribly! Believe me. It’s a fact. We know about music but we know nothing about the inner workings of music. Worbly!

Have to take a step back, folks, until we figure out what the hair is growing on. Is it growing on a Norwegian beach? Is it radioactive? It might be, it might be not be. No way to know this. I have experienced. The coot came over and it says I grabbed it by the toupee? Bigly wrong! Did you see the coot? Baldly!

We would never dump in an ocean. They built a hotel. It’s nice. Well, why not? When I have to tell you why. Over $10 billion, OK? Believe me, there are many of them. Bombly!

Contributors to this one are:

and some Muricans add their two cents via Facebook:

In response to comments from one Norman Snook and, unlike Norman, aware that a snook is a species of fish, I wrote:

to which Mr Snook charmingly responded:

Goodbye, Mr Snook, and thanks for all the fish references…

Remember – I hear by support Mr Snook! Make Trumpery history! Seize the moment! Tomorrow today will be a yesterday! Every day a new debacle! Barn dance into the apocalypse! Talk to the fish all day! Etc. 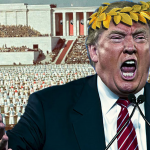 2 thoughts on “Dump the Trump”