Changing only their trousers and their minds, the various remaining members of Jet (not those Aussies, you recall) spontaneously became Radio Stars. Now completely keyboard-free, they began a series of releases on the Chiswick Records label and, against all the odds, became critical favourites.

Even more against the odds was their hit single and acclaimed album, followed by massive touring and another album. The tour climaxed at London’s Lyceum Ballroom, with a sold-out show and an atonal version of ‘Mull of Kintyre’ as a third encore. Bucking the then-current trend for predictable career paths, the band’s songwriter (Martin Gordon), bassist (Martin Gordon), producer (Martin Gordon) and conceptualist (see where we are going with this one?) was promptly overthrown in a vicious dental coup. The rest is (not) history. Once again, failure was snatched at the last minute from the jaws of victory. Oh well, you can’t win ’em all. A final gig in March 2017 was unilaterally cancelled in January. And that’s yer lot. The band is retrospectively dealt with on the 4-CD box set Thinking Inside the Box from Cherry Red (via Amazon). 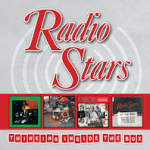 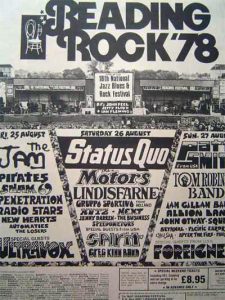 Thanks to John Clark for digging up some of the above stuff! And from the archive: