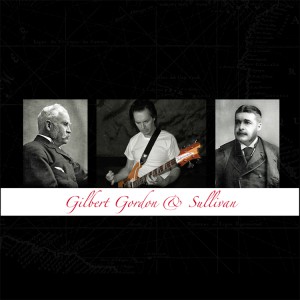 In 2014, the legendary Sparks album ‘Kimono My House’ celebrated its 40th birthday. Some critics noted at the time that it was inspired by Gilbert and Sullivan, incorrectly as it turned out, but it’s a hard life being a journalist, sometimes you just gotta make stuff up. Martin Gordon, the creator of the stentorian barracuda Rickenbacker bass lines prominently featured on the by-now million-plus selling KMH album, has often included one or two G&S tunes on his solo releases, but now he goes the whole hog with an entire album devoted to the pair’s eccentric output.

The hugely successful comic operas created by irascible wordsmith WS Gilbert and composer Arthur Sullivan continue to reverberate around the English-speaking world. Now Gordon revisits their finest work and rearranges it for the contemporary ear. Using guitars, bass and drums (plus brass, keyboards and devices) the ‘Gilbert, Gordon & Sullivan’ album trawls through a raucous selection of their finest compositions, re-imagined as a cross between the Small Faces and Winifred Atwell. Rest assured that the matelot choruses survive. With selections ranging from the well-known (‘Modern Major-General’, ‘When I Was a Lad’, ‘Lord High Executioner’) to the obscure but exquisite (‘Make Way For the Wise Men’, ‘Go Away Madam’), Gordon delivers the finest G&S tunes in a highly unrefined manner. 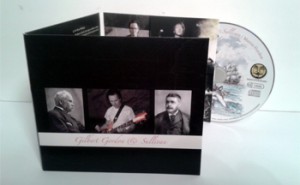 What is the ‘Gilbert Gordon & Sullivan’ package? Firstly, for those who care about such things, and we know there are some, it’s a glass-mastered, factory-made CD. It comes in a 6-panel, full colour Digi-sleeve and there’s no plastic involved in the packaging, which can only be a good thing given the imminent demise of mankind due to innate foolishness, self-interest, pizza-in-a-bun and weird alien-built structures on a planet only 1,472 light-years away from us.

Signed copies are available from Radiant Future, regular copies from our distributor Ace at Amazon.

Sleeve notes: ‘Gilbert Gordon & Sullivan’ contains the expected hand-rubbed sleeve notes, along with the exotic behind-the-scenes pictures especially reproduced for the discerning lover of light opera with a twist, the by-now traditional song-by-song commentary pickled in a homegrown brine made from the carcasses of collected moustache kingfishers, and more. If there is a point here, it is that the CD package (existing in 3 dimensions – remember them? what’s not to like?) completes the listening experience; what’s the point of buying a download when the context has gone AWOL? Give in to happiness with these exclusive sleeve notes written by Albanian goats personally suckled to maturity by Jamie Oliver.

Can’t wait for your thoughts to ripely mature? Check out the music here. Or play the previews up there on the right, and read on. If you click the pop-out, the player will pop out. Not in the sense of down the shops for a few tins of Tennents Triple-Strength Special Brew, but out of your browser window. Well, that will probably come as no surprise, but you cannot be too careful these days what with one thing and another, and foreigners.

Contents:  fifteen handpicked tunes including two songs which will not be part of the (inevitable) download version of the album; these two will only be available on the physical GG&S CD release. All packaging has been lovingly assembled (by the light of energy-saving beeswax candles) in former basement torture chambers of palaces until recently owned by now-deposed eastern European dictators, now transformed into touchy-feely arts and crafts centres run by newly-enlightened former chiefs of the secret state police.

Grunt: you get lashings of Rickenbacker 4003 grunting. It returned from it’s holidays in the far-away land of nineteen-rumptyfour and is here unashamedly prominent. In fact it’s the first return to the Ric since that record about dressing up in Japanese women’s clothing. So all are welcome to a place where taste, trust, Rickenbackers, plastic wigs and bollocks peacefully coexist side by side. Can’t wait to get grunting? Check out the music here.

Bonus tracks: also included in the package are two previously-released G&S tunes. Their inclusion provides context; these two tunes are now lavishly re-mastered to provide a compellingly-snug fit into the contemporary listening experience which you, the discerning G&S aficionado, insist upon and rightly deserve. Additional camposity is provided by whoever, you need to get over it.

Benchmark: despite currently being dead, Chris Townson has once again delivered sterling artwork for the disc itself. The Captain of the Pinafore is depicted as dangerously close to having his balls nipped by a passing crustacean. We can only hope that this symbol is not at all relevant to any position adopted by us, whether compelling, undeniable, ruggedised or otherwise. Feel like taking a pew for a second and spreading your legs as wide apart as they will go, for reasons of human topology? Check out the music here while you do so.

Hold It Right There!

Did you know? 6 out of 7 haberdashers prefer ´Gilbert Gordon & Sullivan’. Wanna hear it first? Listen here.

What the crickets say:

“Martin Gordon – Gilbert, Gordon & Sullivan (Radiant Future)
Ex-lots of bands that we can’t be bothered to list, Martin Gordon is by far better known, and feted, for the chain of solo albums he has unleashed over the last few years, a sprawling non-trilogy of Mammal-based albums not least of all, and across everything serving evidence that there are few songwriters sharper or wryer than he.

So now he strips back to the barest roots, to illustrate perhaps the most significant influence on his own literary style – a veritable tribute album to Gilbert & Sullivan, packed with remarkably faithful, but gorgeously individual takes on some of that team’s best known numbers: a rock opera in literal terms, then, and you probably know every song in the set, regardless of whether you’ve heard of them.  “Lord High Executioner,” “Modern Major General,” “Taken from the County Jail”, “Cock’n’Bull,” “A Policeman’s Lot”… fourteen original operas were scoured for Gordon’s favorite numbers, then stripped down to the elements that transform them from pomp to circumstantial pop music, let alone information animal, vegetable and mineral.

What do you get? 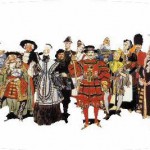 WS Gilbert wrote a lot of words. The songs of Arthur Sullivan are quite short. This means that the words travel by at a certain rate of knots. The speed is such that non-English mother-tongue speakers (OK, foreigners) have a bit of a tricky time with the lyrics. And so, following overwhelming demand from Scandinavia (Henning & Henning Henningsson), the words are here.

Here’s what the Dutch have to say about the Major (in Dutch, of course. Well, that’s logical enough)…

The bass came out rather loud on the below video of a bass recording session, but we’re not complaining. It’s the tune ‘Cock’n’Bull’, a.k.a. ‘Hereupon We Both Agree’ but re-named with the full agreement of all concerned. The Rickenbacker 4003 MG (what else?) makes it’s initial appearance.