The Mammal Trilogy continues to appear in the most unlikely of settings, this time inspiring a member of the South London Women Artists (SWLA) collective in her contribution to their upcoming exhibition, cheerfully entitled ‘Death and Transition’ (April-May 2015).

Inspired by Martin Gordon’s Mammal Trilogy, British artist Kate Redfern was moved to put brush to paper and produced ‘Flower Power’, described as ‘a mandala-type watercolour painting illustrating songs dealing with the theme of Death (of love) and Transition (to indifference) by songwriter Martin Gordon. Kate Redfern most often paints in oils, and is motivated by what she sees, but in this instance she was motivated by what she heard …’.

Which, spookily, is exactly what it says here: 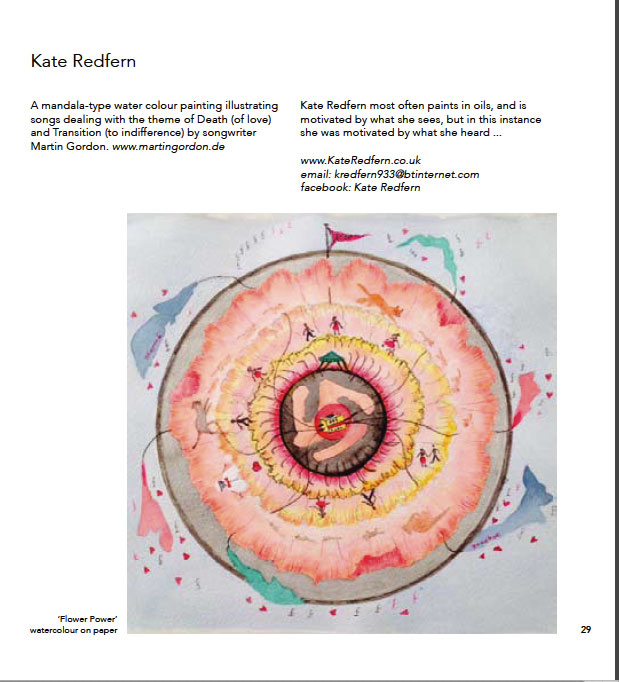 The artwork itself features the usual references to death, horror, destruction, disappearance of royalties, gerbil taunting and wig trauma that we have unfortunately come to expect from this musician who is, to be frank, his own worst enemy.