He looks like this, according to Harriet Jimenez, and why not…. 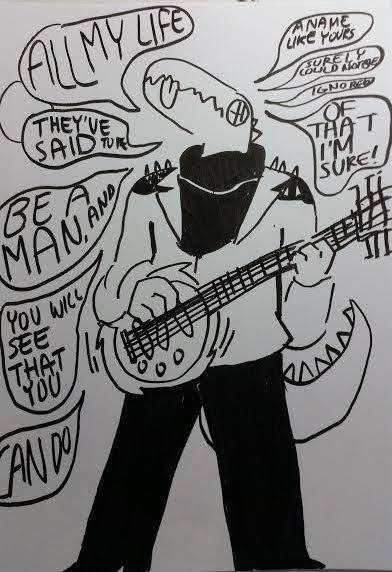 He was a rum chap, Brian. In addition to his inexplicable love of ants, his thoroughly poisonous personality and his predilection for pouring baked beans all down himself made him a hard person to love. But we tried. Well, a bit. Some of us. From time to time. Mostly on a Tuesday. On one particular Tuesday, I mean. And then we gave up. Life’s too short, to be frank.

After having briefly played on an album by a group of Australian miners, he retired to become an elephant tranquilliser. And so say all of us.

Further reading: more Mammals in Art, or the horrid reality of mining.