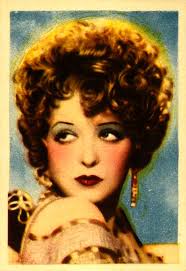 Cover girls? No, no, it’s not about smut. It’s about doing other people’s compositions, obviously.

Now why would an artist do a cover version? Well, it’s funny you should ask, I was just thinking about it myself. There are a number of reasons, in my opinion. Mainly, it’s because the original song is familiar to the hearer and so he (or, conceivably, but not necessarily, she) can immediately spot the differences and thus get an idea of what the artist is trying to do. And, you might assume, this is the kind of thing the artist does in all his/her other efforts, so that’s the sort of thing you might hear if you have the nerve to go there.

So it’s a short cut; no longer  does a listener have to tediously get out his (see above) thinking head and bother himself (ditto) with elaborate intellectual exercise. No, the hard shoveling has already been done, and the result comes as a nice little bite-sized, pre-digested piece of aural entertainment that you can just allow to wash over you like a soothing warm bath. Well, that’s what it says here.

One of the best examples of this is the Paul Simon song ‘ America’. A reflective acoustic tune about hitchhikers and the lost souls of the 60s, it became, in the hands of the British prog overlords Yes, a fully-fledged prog monster with instrumental passages, outrageous time changes, flexible reinterpretations of structure and, of course, lots of widdly-widdly. It even quoted ‘West Side Story’, in one rendering. Similarly, the Yes version of  the Beatles ‘Every Little Thing’ also took some liberties, although fewer. 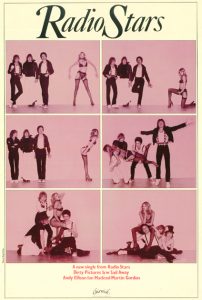 As an example of how stuff can be magically transformed, check out ‘Experiments With Pops’ by the Gordon Beck Quartet. Featuring (my former bass tutor) Jeff Clyne and John McLaughlin, the quartet render such inoffensive trad-pop as ‘These Boots Were Made For Walking’ unrecognisable, with a preview of McLaughlin’s later Mahavishnu Orchestra modalities evident in his solo even in these early days (the album came out in 1965). Also present are tunes from the Beatles, Beach Boys and the Who. ‘I Can See For Miles’ is particularly groovy.

In my own small way, I adopt a similar approach. ‘I Feel Fine’, originally a jolly Mop-Top knees up is transformed into a gloomy not-love ballad rendered in 7:8. Some people like that kind of thing, I suppose. The demented ballad ‘Love Power’ from the film The Producers was too hard to resist, and it became, in my hands, a Van Halen-style dino-rocker. Well, that’s what we were going for, at any rate.

Marc Bolan’s ‘Warlord of the Royal Crocodiles’ began life as a warbly bongo-driven song about crocodiles. It was Mammalised into a snarly beast with lots of widdly-widdly, instrumental passage and thumping drums but, at the end of the day, it was still about hereditary crocodiles. And warlords.

And, in a way, this is what life is all about, isn’t it. Crocodiles. Life is about nothing if it’s not about crocodiles. We would do well to remember that sometimes. Life, in fact, is very much like a tin of crocodiles, in that there’s always a bit in the corner which you can’t get out.

Here’s an overview of all the covers to date:

And whaddya know, there’s a Spotify playlist featuring exactly those tunes up there on the right. See what you think.