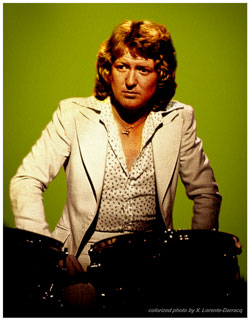 “The drummer with the chart-topping 1970’s group Sparks hanged himself because his neighbours played their music too loud, an inquest was told.  Norman Diamond had complained to police, his local council and his MP about noise from a resident in the same close in Sandhurst, Berkshire, but no action had been taken.  Mr.Diamond, who still received royalties for hits with the group, including “This Town Ain’t Big Enough for the Both of Us” and “Never Turn Your Back on Mother Earth”, had recently taken a job he hated.

On the morning of his death, on September 10th last year, he rang a friend to say he “won’t be around tomorrow”.  Later that afternoon his partner, Jane Gant, 50, found him hanging from the loft when she arrived home from work. He had more than four times the legal driving limit of alcohol in his blood, the inquest was told.

Peter Bedford, the coroner, returned a verdict of suicide.”