Each Strike Of A Hammer Is A Strike Against The Enemy! 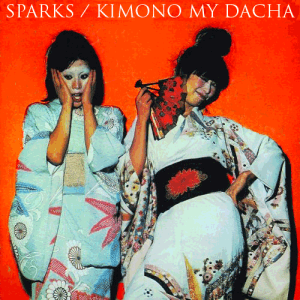 Due to overwhelming demand (Bogdan, Boris and Bogdan Burkhov, Bashkortostan, Russia) the legendary Sparks album Kimono My House, set for imminent re-release by United Money Group, has been renamed along party lines in time for the 40th anniversary celebrations of its glorious socialist past.

The masterful work of comrade technician Butch “Goldilocks” Cassidiovich and the assiduous essayist Vladimir Ilyich Bratchny-Kulak demands reassessment in the light of contemporary knowledge and enlightenment. In accordance with the adjustment of line-up credits, the glorious songs contained in Kimono My Dacha are also correctively re-titled to ensure full compliance with accepted party norms and to revise and update faulty memories of nonexistent past events.

At this point we collectively and forcefully remind all past and present comrades that the socialist state represents a dictatorship of the proletariat and is primarily or exclusively governed by the party of the revolutionary vanguard through the process of democratic centralism. So watch it! 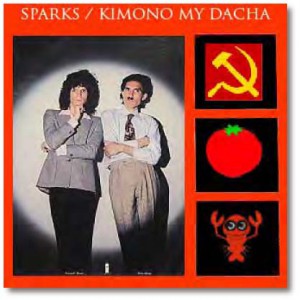 1. This Party Ain’t Big Enough For The Both Of Our Factions
2. Revisionist Hour
3. Falling in Love With Molotov Again
4. Here In the Gulag
5. Thank God It’s Not Yekaterinburg
6. Hasta Mercader Señor
7. Stalin ‘Tis An Asset
8. No Complaints
9. In My Cadre
10. Equivocator

And remember – it is still not too late to inform us of any suspicious activities by your neighbours or guitarists over the past 40 years.

Some examples of the deceitful ways in which the management cadre take control of the means of production – can you spot the differences between these two pictures below? They were taken during the historic meeting of the St Peter’s Square Union of Struggle for the Liberation of All My Royalties in Feb 1897, at which the Island Records politburo discussed promotion strategies for the definitive (sic) release of ‘Kimono My House’ in 2014. 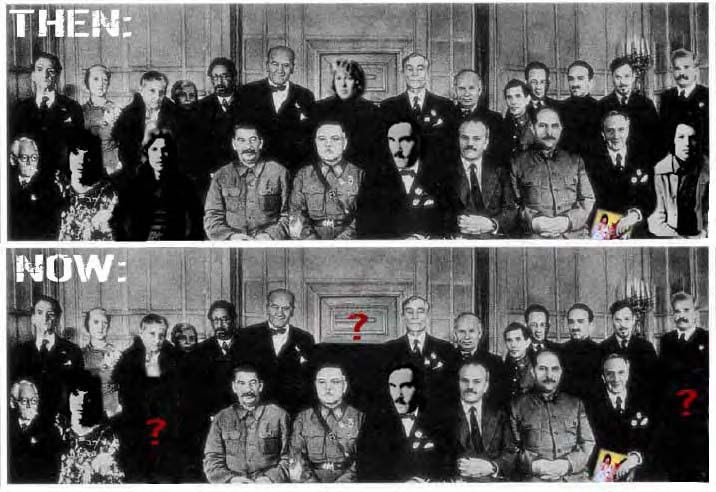