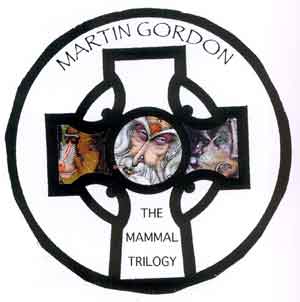 The case for a Martin Gordon box set is unimpeachable. Thirty years in the trenches have seen him incite, inspire and generally inveigle any number of bands to some degree of prominence or another, beginning with Sparks and rumbling unimpeachably on from there. An anthology rounding up all those activities, from Jet to the Blue Meanies, and onto his 90s production work, would truly be a sight to behold.

But you’ll have to keep looking for a while longer. For though this is indeed a Martin Gordon box set, and though it is as unimpeachably wonderful as the man’s pedigree demands, nothing here predates his solo re-emergence in 2003, and nothing will be new to anyone who’s been paying attention since then. Which could be called a crying shame, but it isn’t, because any release that reminds the world of the brilliance of Gordon’s first three 21st century solo albums can only be applauded.
Handsomely wrapped within a box set that could have fallen off the back of a lorry full of prog rock artworks, The Mammal Trilogy rounds up the albums The Baboon In The Basement, The Joy Of More Hogwash and God’s On His Lunchbreak. There are no bonus tracks – for those, you need seek out the sold-separately How Am I Doing So Far? compilation. But the 41 tracks herein nevertheless represent the rebirth of foot-tapping, fast-punning, power-popping family entertainment at its lascivious best, and the only bad news is, it’s such a limited edition (500 copies worldwide) that there really may not be enough to go round.