We go offline due to Anne Outbreak of Orangeness.

Anne announcement about the regrettable end of civilisation as we know it.

Non-GG&S discussion in Dutch and English and Spanish, on the topic of whether the UK is part of the country of Yurp or not.

GG&S reviews and discussions in English and French, translated for the monoglot here. 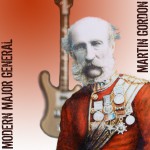